The City of Kamloops has identified a network of existing and future multi-use pathways, off road paths, bicycle lanes, and shared routes on The Transportation Master Plan. This is a good start for developing our city’s cycling infrastructure.

Many of these pathways and routes provide for lovely scenic recreational rides for residents and visitors to the city, however they are not necessarily the safest or most efficient routes for cycle commuting.  Cycle commuting requires planning and consideration that is different from casual recreational pedaling.

With this in mind, local cycling advocate Rob Higgins has developed a draft document containing mapped routes specifically selected for the cycle commuters’ use.  Compare some of the City’s routes with Rob’s routes below. (Rob’s routes are shown in blue, with the City’s routes shown directly below each one). 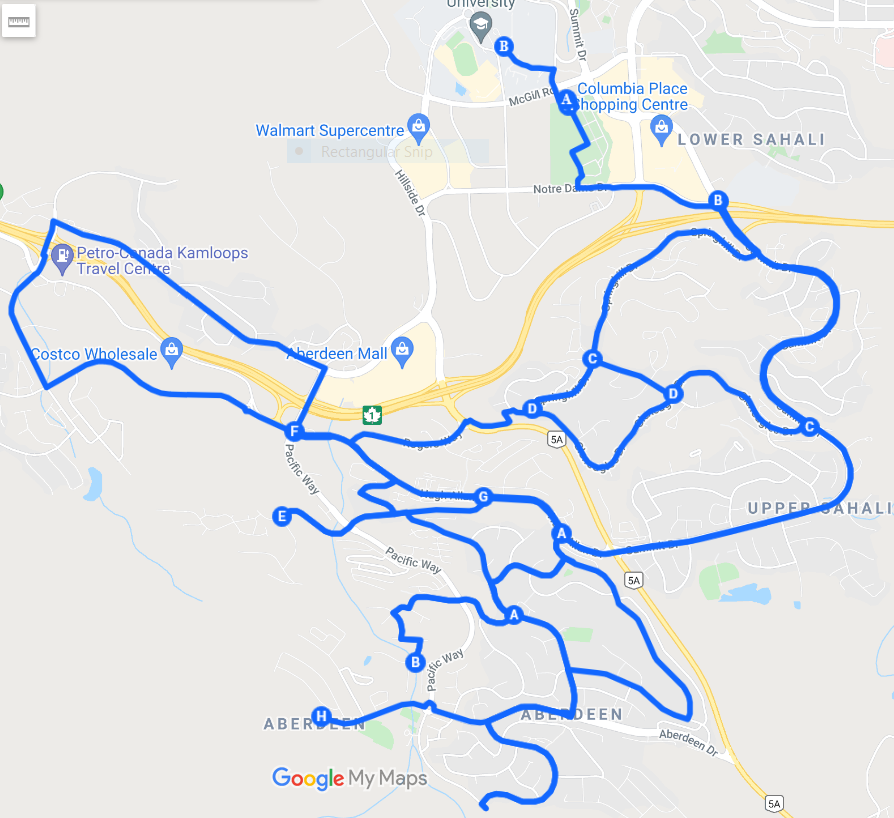 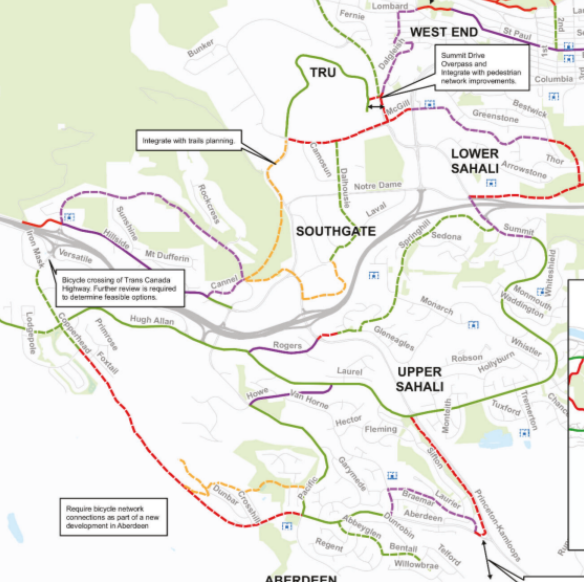 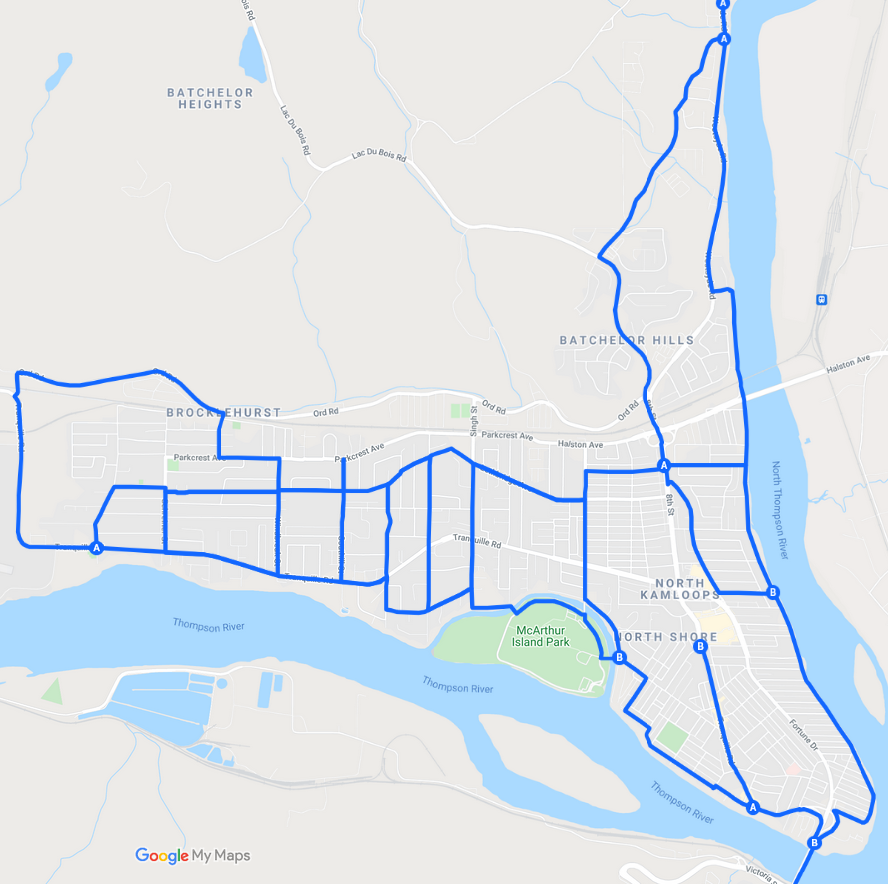 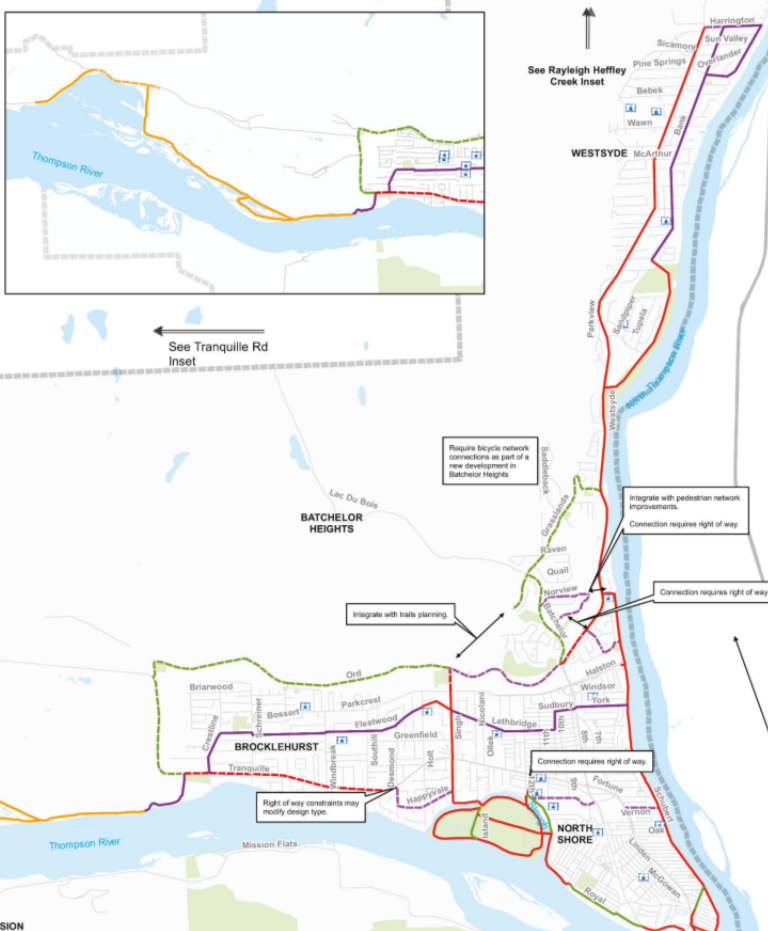 Transition Kamloops is an organization focused on increasing local resilience and self-sufficiency in food, water, energy, culture and wellness. We emphasize a local economy, healthy ecosystems, and grassroots community building, while reducing our dependence on fossil fuels. We believe in a better way: a community that sustains life in all its diversity, strives for equality and justice and invests in the future.

An opportunity for EV owners to talk about why they love their cars!Do you love your electric car? Show off your EV on Electric Avenue at Hot Nite in The City! Electric Ave is the place for Hot Nite attendees to learn about EV technology, charging, and more. Be one of the first 25 EV registrants and receive a gift card to Downtown Kamloops. Register today at HotNiteInTheCity.com. ... See MoreSee Less

We had a most excellent launch of the Sustainability Stories project today, complete with a guided tour of some of the locations, and BANNOCK! Thanks to Ken Gray for the photos.Learn more about this collaborative grassroots effort here: transitionkamloops.net/2022/07/walkable-audio-tour-for-kamloops/ ... See MoreSee Less

Great coverage for this project from the Armchair Mayor! ... See MoreSee Less

COMMUNITY – Walkable, self-guided tours to look at Kamloops up close

A new way of looking at Kamloops will feature walkable, self-guided tours with a sustainability theme starting Thursday, July 14 at 10 a.m. “Sustainability Stories” was created by the C...
View on Facebook
· Share

Not a new idea--but such a good one! ... See MoreSee Less

Cooler, Cleaner Megacities, One Rooftop Garden at a Time